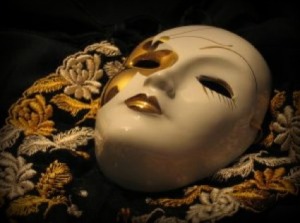 I spent many years in hiding. Not physically, but mentally. As a child I would immerse myself in books and music. They offered respite from the horrors of my dysfunctional life and gave me a mental escape from reality.

Then as a teenager, alcohol became my means of blocking out the pain. Whenever I felt my emotions overwhelming me I could run to the refuge that vodka provided. Alcohol also provided me with my mask. A mask I was to wear for the next twenty years.

My need to hide stemmed from my mother’s rejection and my father’s abuse. I grew up believing that if I’d been good enough then the bad things wouldn’t have happened. I developed damaging self perceptions that I was never going to be anything less than worthless and no-one would ever love me. What was equally unhealthy however, was my desire to cover up the truth.

Initially I wore a mask of happiness, confidence and fearlessness. It didn’t feel like a deception but indeed it was. For underneath lay an increasingly depressed and worryingly addicted woman.

Then the mask of alcohol turned into something sinister. It turned into the mask of denial. As anyone who uses alcohol, drugs, food, sex, work as a form of self-medication it is denial that turns a rational, responsible individual into a guilt-filled liar. The mask of denial also kept me on the spiral of self-destruct until eventually I hit rock bottom.

I had a choice to make – ‘end it all’ or ‘stop hiding and start living’. But moving forward meant coming out of the darkness and into the light. It meant revealing my imperfections and my fears. Terrifying as that felt, I knew that I was ready. I was ready to drop the mask.

“It takes courage to grow up and become who you really are.” ~ E.E. Cummings

Without the drink to cushion me and without the cocoon of my depression I felt useless and hopeless as any human being could experience. Only faith could have pulled me out of that pit of despair. And initially, it wasn’t even my own belief that offered hope; it was the faith of someone else. Their conviction that I could learn to overcome my past and have the courage to heal was incredible. It was so powerful that even in my doubtful mind; there was a chance that I could turn my life around. 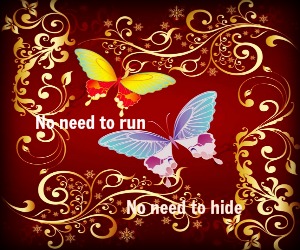 When you’ve been hiding in the dark for a long time, you have to come into the light slowly. Otherwise the intensity is too much to cope with. And so it was with care and with gentleness that I welcomed back my heart, mind and soul to reveal my authentic self to the world.

I often get asked why I share my heart and spirit so openly. The answer is simple. Because I can.

I can live my life as the person I was intended to be. Who would hide that?

What do you think? I'd love you to share! Cancel reply